SHOW STACKERS™ are the original 1996 brain child of Maurie & Lorraine Chippindale, renown breeders of Chinaroad Lowchens of Australia, before being purchased by Rod & Janey Pagels in 2010. You can read more about our legacy here.

Originally, SHOW STACKERS™ were only available via dog shows and training grounds directly attended by Maurie & Lorraine. As SHOW STACKERS™ popularity grew and the word spread, Lorraine received more and more interest via mail and email. As the World Wide Web was still in its relative infancy, and website creation far less user friendly, the SHOW STACKERS™ web domain was not registered until 2005, and the first SHOW STACKERS™ website did not come online until 2007. In total their have been 4 different versions of this website. 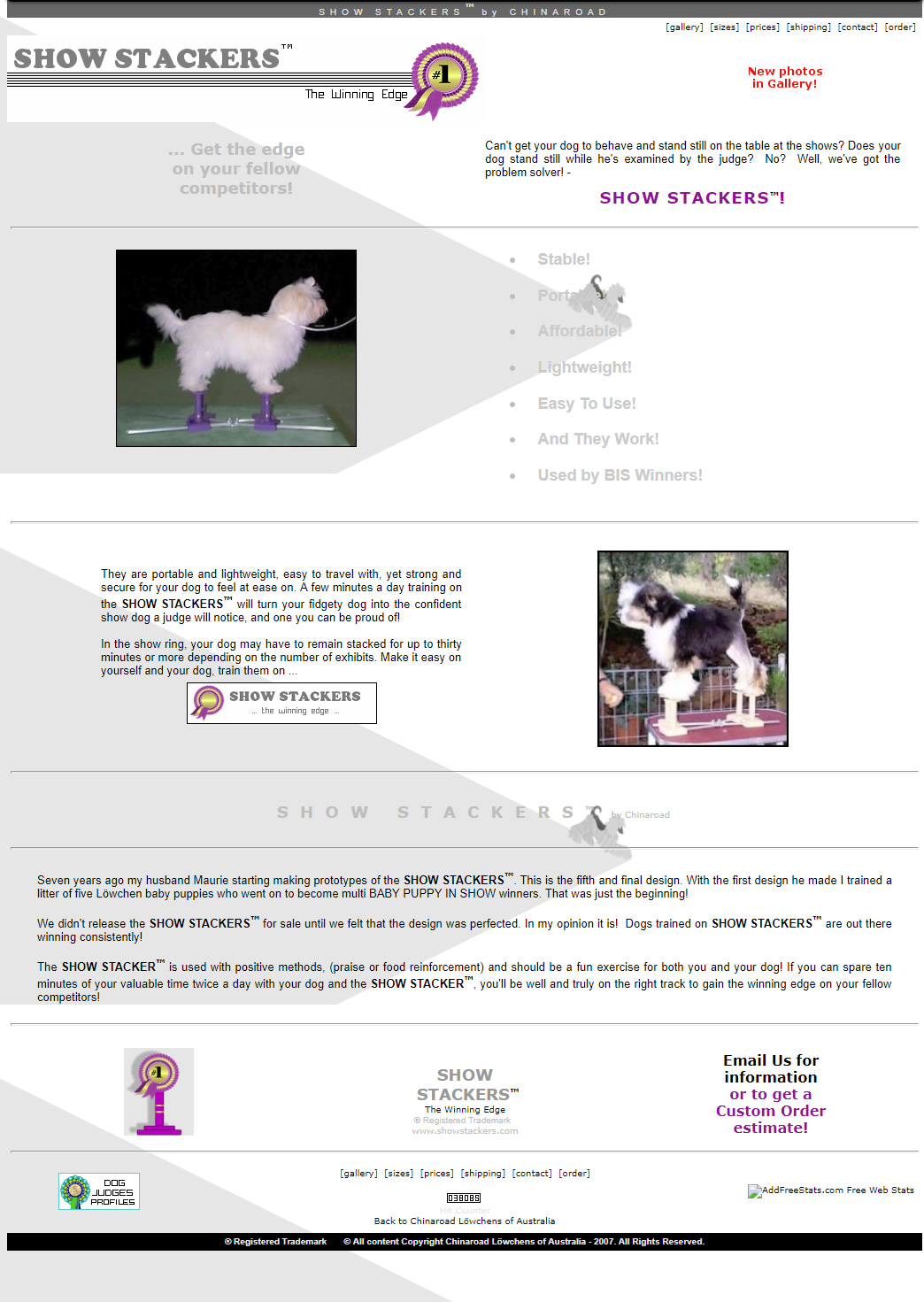 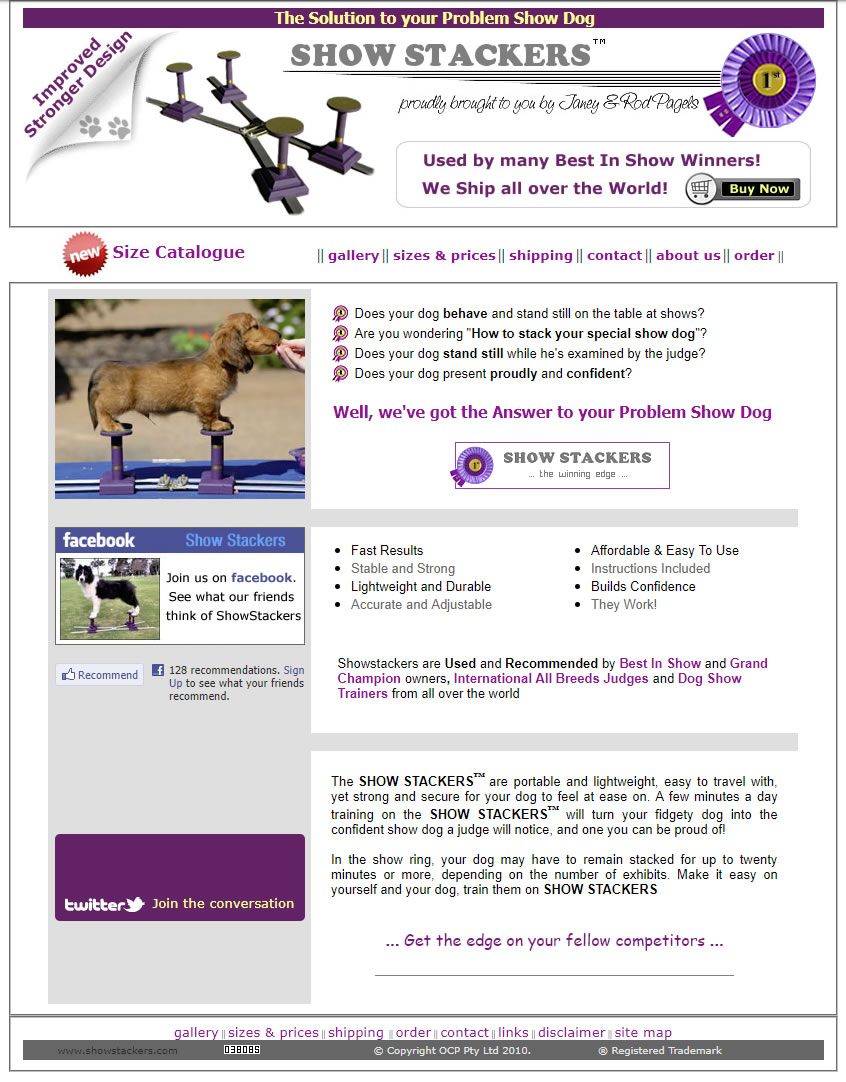 Choose your Showstacker
Go to Top